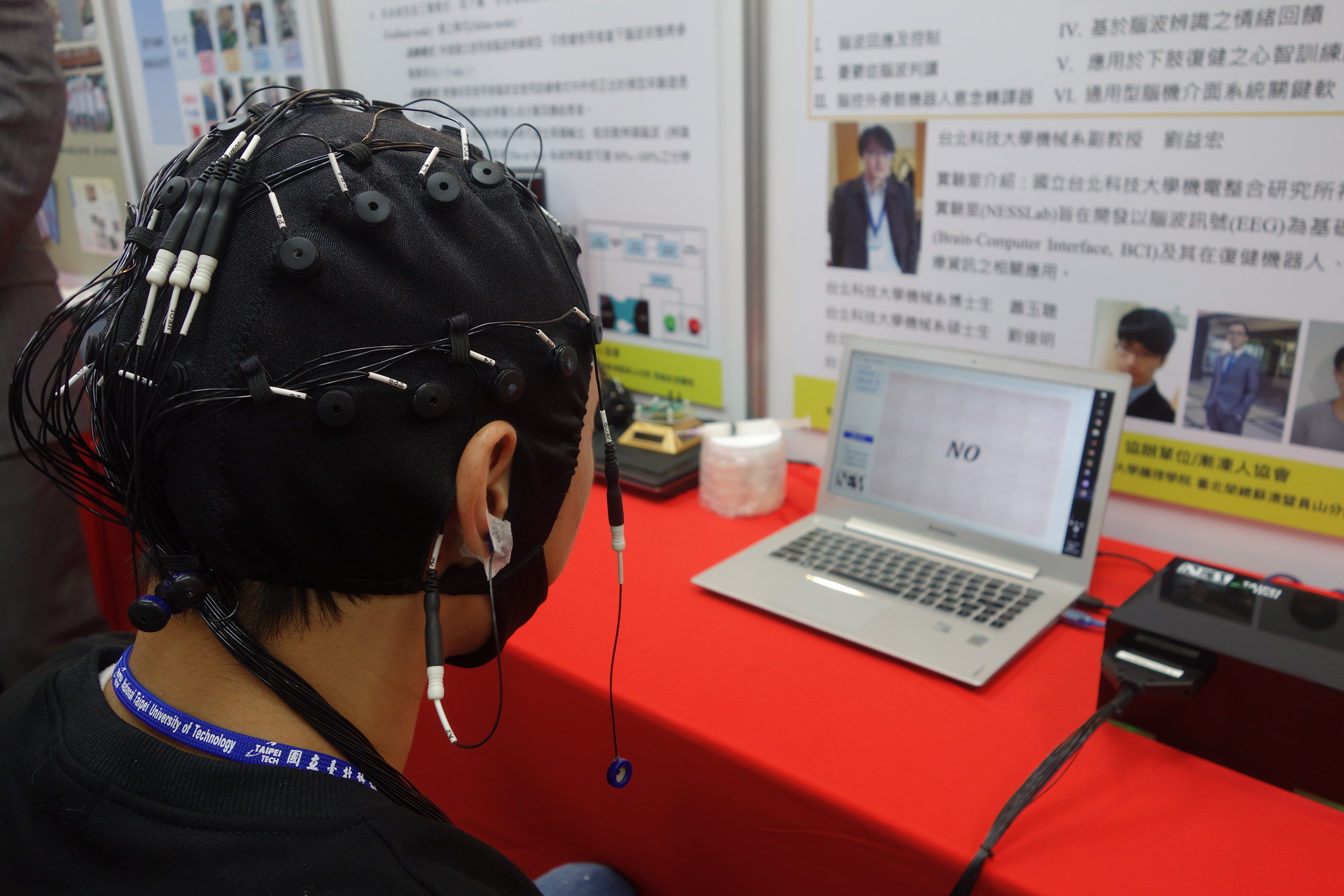 Not too long ago, when the Ice Bucket Challenge went viral on the internet, the attention toward ALS reached its high point. Yi-Hung Liu, Associate Professor from the Department of Mechanical Engineering, and his research team worked with the Taiwan Motor Neuron Disease Association to develop a mind reader system which can detect patient’s brainwave through five electrodes and translate those data into verbal message. With this system, ALS patients could communicate with others despite their inability of controlling their muscle. Moreover, the system can also control household appliances. In addition to ALS, Liu expected this system could be used in a broader range of taking care of patients who has special needs by providing a more accurate care need request in the future.

Over 10 thousand people undertook artificial joints surgery every year. Yo-Ping Huang, Professor from the Department of Electrical Engineering, and his team developed a rehabilitation device that used 6-DoF Inertial Measurement Unit to detect joint activity such as numbers of movement, angle, and time. This device also upload its data to cloud therefore allows doctors to follow and analyze the rehabilitation process. With comparable accuracy, Huang noted that this device is rather cheap comparing to similar professional device on the market. Moreover, patients can use this device at home or any other places they prefer rather than going to a hospital. 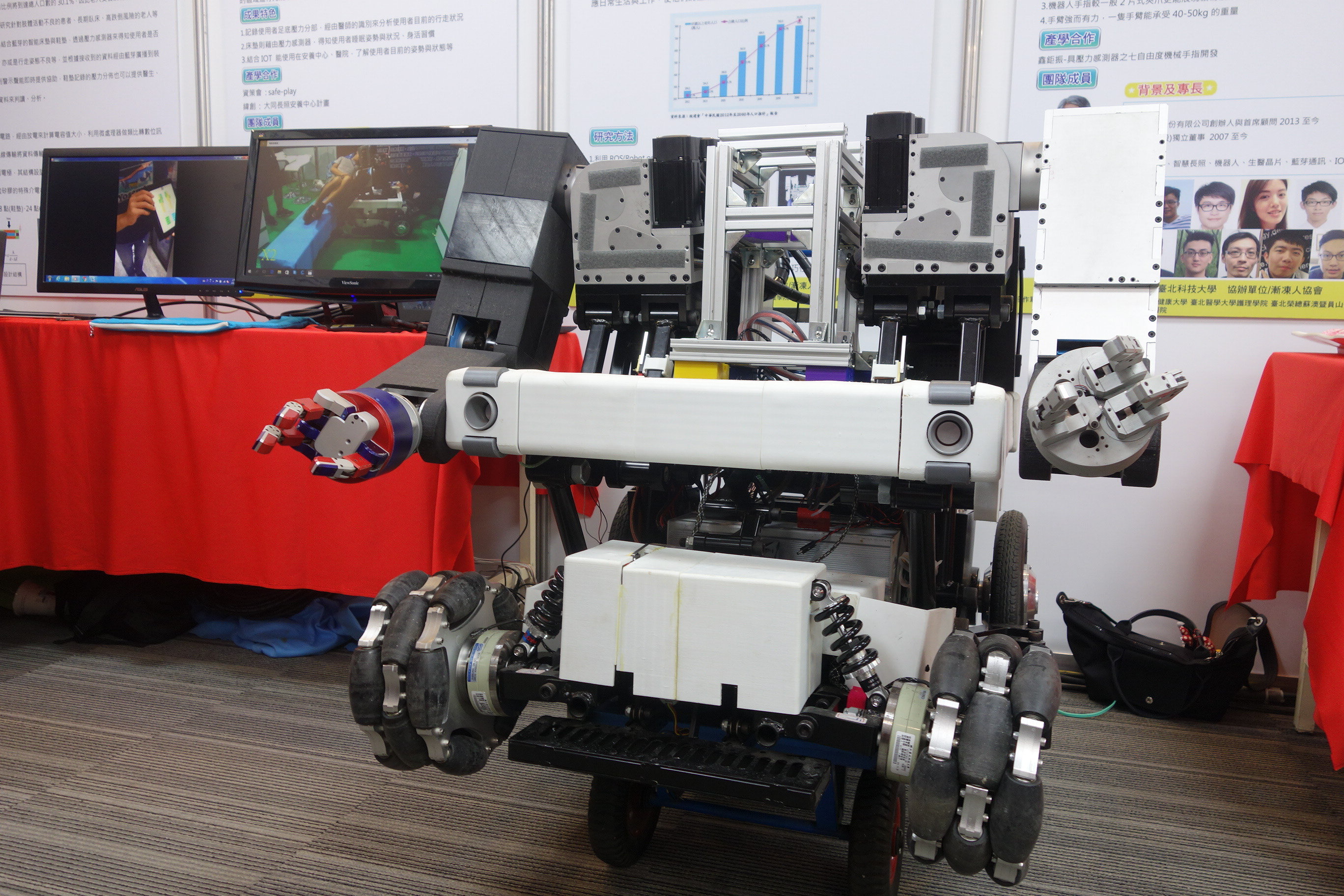 To have a Robot takeing care of patients in your house may actually become a reality. Jung Tang Huang, Professor from the Department of Electrical Engineering, cooperated with Hsin Chu Chen Enterprise to develop a care robot which can move around without touching obstacles and has dedicated hands structure for house chore. It can also measure biological signals which enable it to warn patients when they forget to take pills or encounter dangers. Combining wearable sensor and Bluetooth system, it will upload patient’s location and monitor his/her health condition. Huang noted that the care robot was mainly developed for elder caring, housekeeping, and rehabilitation assistance purposes. And he already received some cooperation intentions from hospitals.