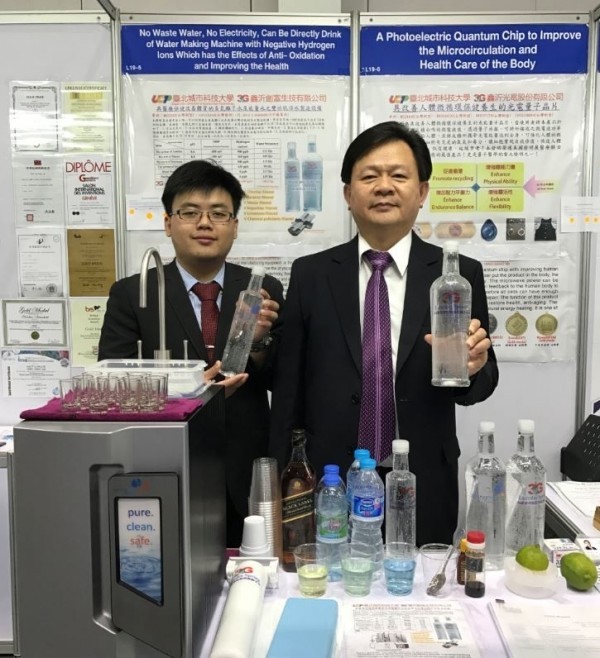 The 2017 Bangkok International Intellectual Property, Invention, Innovation and Technology Exposition (IPITEx 2017) was held in Bangkok during February 2 to 6. Taiwan delegation had an outstanding performance getting 4 gold medals, 4 silver medals, and 1 bronze medal in this competition. Among 9 winning designs, negative hydrogen water making machine which was co-developed by Taipei Tech, Taipei City University of Science and Technology, and a biotechnology company, was not only a special-award-winning product but a hot topic between manufacturers and was sold at the exposition scene.

The main features of this negative hydrogen water making machine are plug free, no waste produce, and can be directly drink. Man-Li Xie, Secretary General of World Invention Intellectual Property Associations, noted that many teams have already said they want to participate next year’s IPITEx. We estimate there should be over 30 entries from Taiwan in 2018.