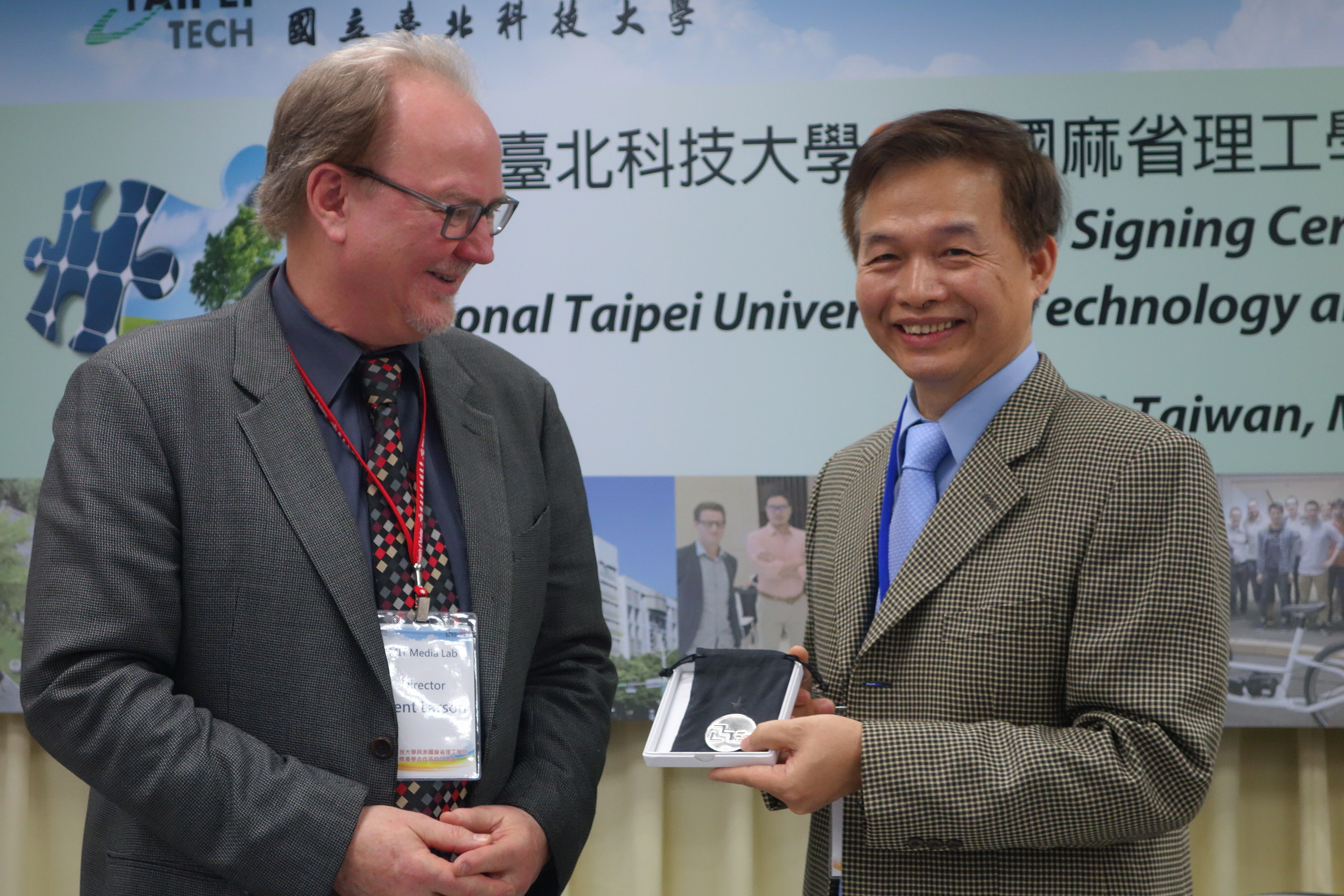 Massachusetts Institutes of Technology (MIT) is a nonprofit university in Cambridge. The Media Lab is a laboratory at MIT focus on integrating disparate research areas to create disruptive technologies. The City Science Initiative is interested in testing and evaluating urban innovation in the context of “Living Lab” cities.

In order to develop PEV (Persuasive Electric Vehicle) technology and make smart city comes true as soon as possible, MIT and Taipei Tech would like to establish the City Science Lab@ Taipei Tech (CSL @ Taipei Tech) using the City of Taipei as a living lab to test and evaluate urban innovation developed by the City Science Initiative at the Media Lab and at Taipei Tech and to foster a mutually beneficial collaboration. The signing ceremony was held on March 29.

The CSL @ Taipei Tech is the first research station of its kind in Taiwan. Taipei Tech President Wenlung Li noted that as a historical university with numerous active alumni in industry, Taipei Tech also has robust research team that attracted top universities to seek cooperation opportunities.

As for space, Taiwan Air Force space is currently the main testing place for PEV related techniques such as obstacle avoidance, human recognition, and communication.

In addition to set up the City Science Lab at Taipei Tech (CSL @ Taipei Tech), more academia cooperation between two institutions will take place in the future including educational and research programs, seminars, summer schools, and speeches. Taipei Tech expects to send 6 students to MIT Media Lab every year, and they will spend at least 2 months abroad. Last year, Taipei Tech already send 4 students to there and 2 of them even got a prolong internship invitation from MIT for their outstanding performance. Chang-Chi Zhang, one of the students who stayed at MIT, said that he learned a lot in the open study atmosphere at Media Lab and he is happy to hear that more Taipei Tech students can have this exchange opportunity down the road.