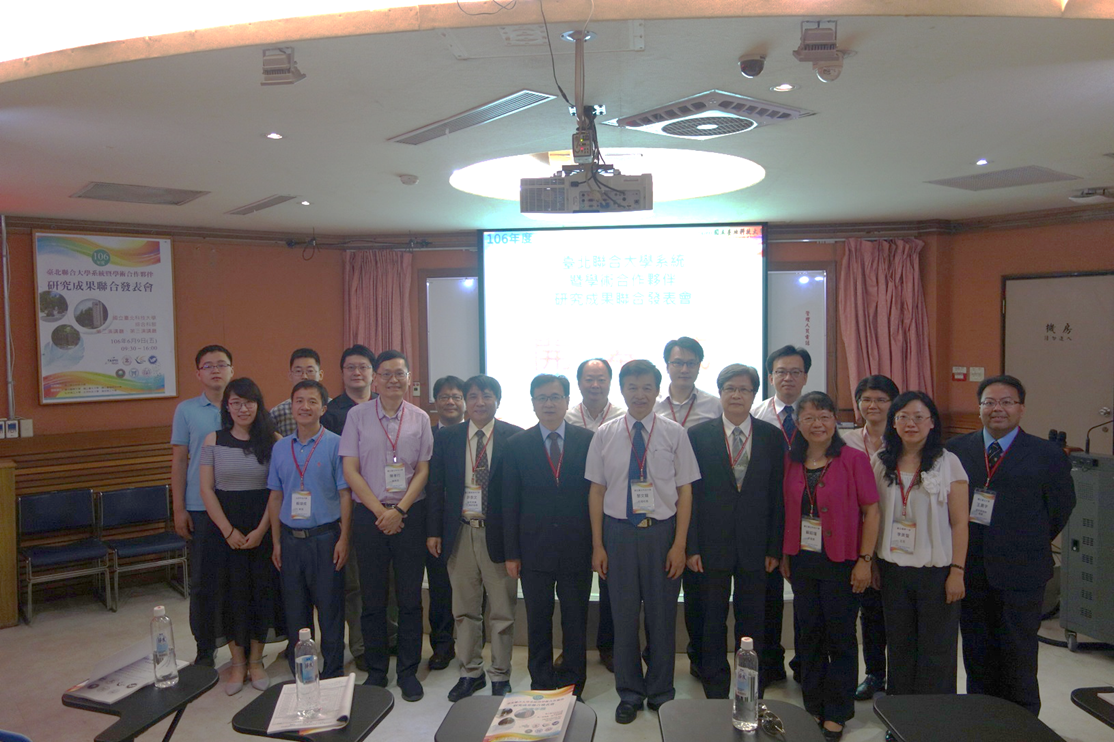 Research and development is never a one man’s job. In order to reach for more cross-domain collaboration as well as to provide students a more opportunities to learning, Taipei Tech has joined the University system of Taipei since 2011. Many joint R&D results came along under cooperation between the University and its academia partners at home and overseas. To share our achievements with the public, the 2017 joint outcome conference was hosted by Taipei Tech on campus on June 9. The conference has two parts. One is R&D result presentation among USTP partners, and another part is academic presentation competition participated by Taipei Tech students in research team that works with an overseas partner. Each presenter has 3 minutes to introduce the team’s research and outcomes while the judges evaluating their performance and decide who the winners are.

For early stage breast cancer, adjuvant radiotherapy is essential to minimize loco-regional disease recurrence. However, significant portions of the heart and lungs are exposed to low dose radiation during radiotherapy, which result in stochastic side effects among breast cancer survivors. The team tried to solve this problem by build a personal breast holder system called PERSBRA that composed of a 3D-printed plastic holder covering the whole breast and an air-filled interface. The device is expected to protect heart and lungs from possible over exposure to radiation.

In recent years, the problems of aging and low birth rate have highlighted the importance of how to reduce human workload for caregiver. The team use wireless roaming technology to locate patient’s position, to monitor his/her pulse rate and to issue a warning when it detects a pulse abnormality.

Have you ever see a robot which can play table tennis? The team is working to make it happen. The physical model of table tennis was established by using the aerodynamics model, table re-bouncing model, and racket re-bouncing model. Using the ball position, initial ball speed, strike velocity, and racket attitude, the robot skill of playing ping-pong was trained.

Taipei Tech President Li noted that through the University system of Taipei, more large-scope and far-sighted projects are expected under the collaboration between faculties across universities.