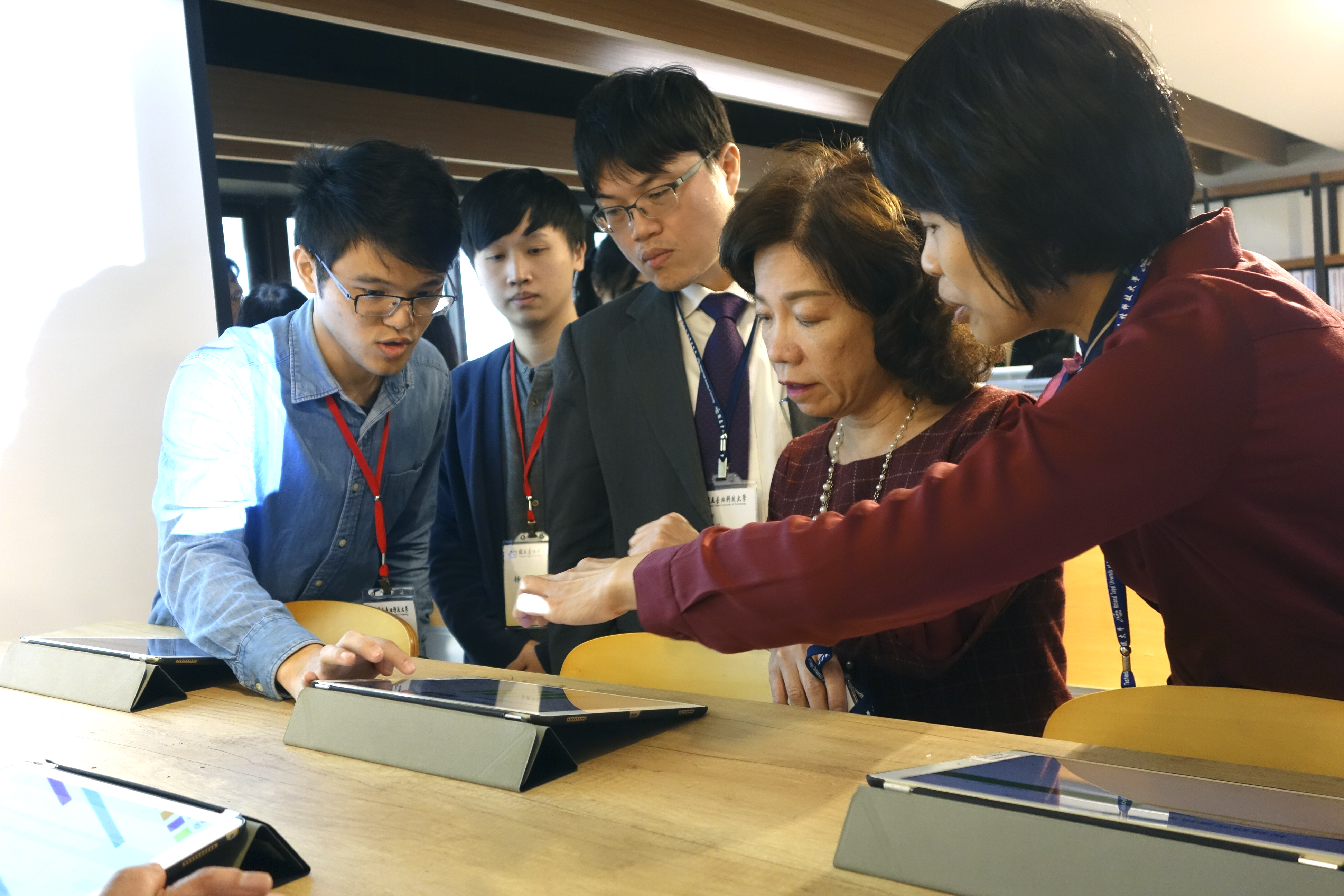 The coming of the age of artificial intelligence has not only revolutionized the industries, but also had an impact on the implementation of educational policies accordingly. It resulted in the programming related courses to have been put on the required list of the twelve-year compulsory education and of some universities like Taipei Tech. Taipei Tech Institutional Research Office (IR) have proved it to be true that programming should be taken as the compulsory course. The supporting statistics state that the graduates who have taken computer science or programming classes are NT$ 3,000 better paid than those who have not.

Taipei Tech Institutional Research and University Responsibility Office – hereafter IR & USR Office – had its grand opening ceremony on Jan 18, 2018. Taipei Tech IR has been leveraging the data analysis on the students, employees, financial management, etc., to facilitate teaching and university operation. Entrusted by the Ministry of Education, Taipei Tech IR embarked on setting up an integrated interdisciplinary database for analysis and synergy management of national higher education operation. This office at a national level of Taipei Tech would be collecting a comprehensive of raw data regarding the information of the students, the instructors, and the universities to conduct researches.

“Taipei Tech IR will have done establishing a huge and comprehensive database assured with information security,” said Wang. “Through data mining and analysis, universities or educational authorities are able to access the statistics of students’ learning outcomes or working performance, and thus to adjust the course arrangements or policies.”

At the grand opening ceremony of Taipei Tech IR&USR Office, IR demonstrated a preliminary finding on the correlation between the university graduate salary and the courses they took when at school. The finding indicates that the graduates who took computer science or programming related courses are on average NT$ 3,000 higher paid than those who did not.

Taipei Tech has turned programming courses compulsory since 2017. The finding can, therefore, corroborate the implementation to be reasonable – though there might be different factors engaged in. Such data analysis will be helpful for policy planning and course adjustment and optimization.

Taipei Tech IR also analyzed the students’ background, finding that 50.1 percent and 95.8 percent of Taipei Tech students coming from well-ranked high schools in northern Taiwan and in the urban area. The statistics highlight the gap between urban students and rural students. That suggests Taipei Tech should look for more rural students to close up the gap. Aside from research to improve university operation, Taipei Tech is also endeavoring to realize its university social responsibilities regarding education, senior care, culture, and nature. Either the Local Fuyu (literally “richly grow”) Project for Mudan township, or the business brand identity built for Shihlei tribe, best explains the efforts that Taipei Tech teachers and students are devoted to this land.

Therefore, the grand opening of Taipei Tech IR & USR Office not just functions as the cornerstone for the future of Taipei Tech, but also shows the determination to help others with the specialties and resources.