Although Taiwan has built an international reputation in being a convenient and safe place to live, some environmental and first-world problems come after the economic and technological development on this island. Taipei Tech Industrial Design students saw some pain spots in modern life, and thus equip some functions to their designs trying to solve the problems.

These designs were presented at the Final Presentation of Taipei Tech Industrial Design from April 24 through 26, and at Taipei World Trade Center from May 3 through 6, 2019.

These designs were not just the exhibits in the Final Presentation of Taipei Tech Industrial Design. They also won some prizes in the Golden Pin Design Award. There were 6,315 designs proposed by the 65 universities in Taiwan, among which 11 nominations for 15 prizes were from Taipei Tech Industrial Design. In designing, these student designers took both functions and aesthetics into consideration, combining what is beneficial to the convenience of life and the environments in a fascinating shape. 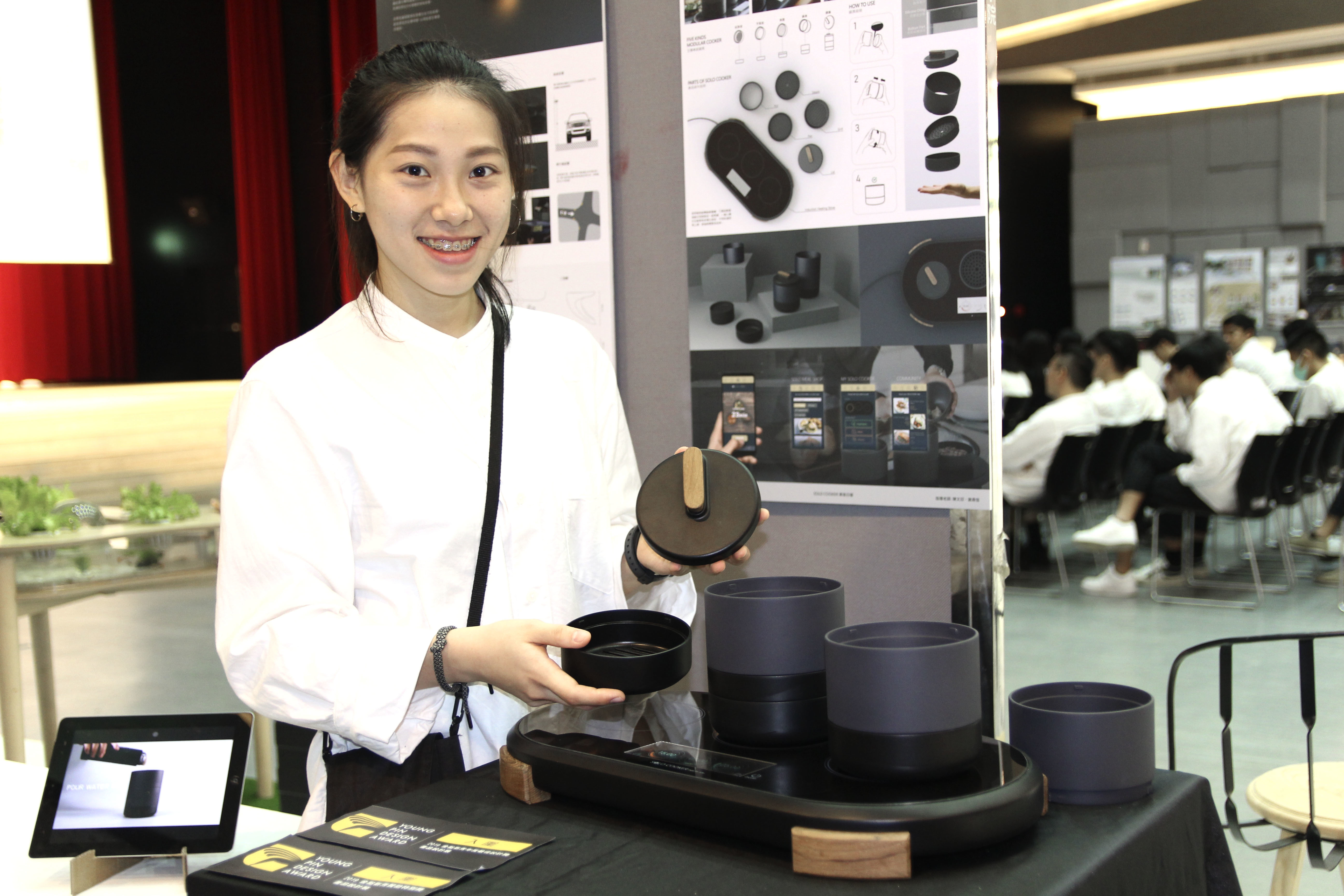 The Solo Cooker, for instance, is designed for the live-alone who are too busy or living in a compact rental room without a kitchen. The device modularizes different cookware, including a grill pan, a fry pan, a steam plate, and the induction heating system. With just a tap on the smartphone app setting up the time and temperature, the device can begin its cooking process. The Solo Cooker shows its convenience in terms of its space-saving shape and easy operation with safety. 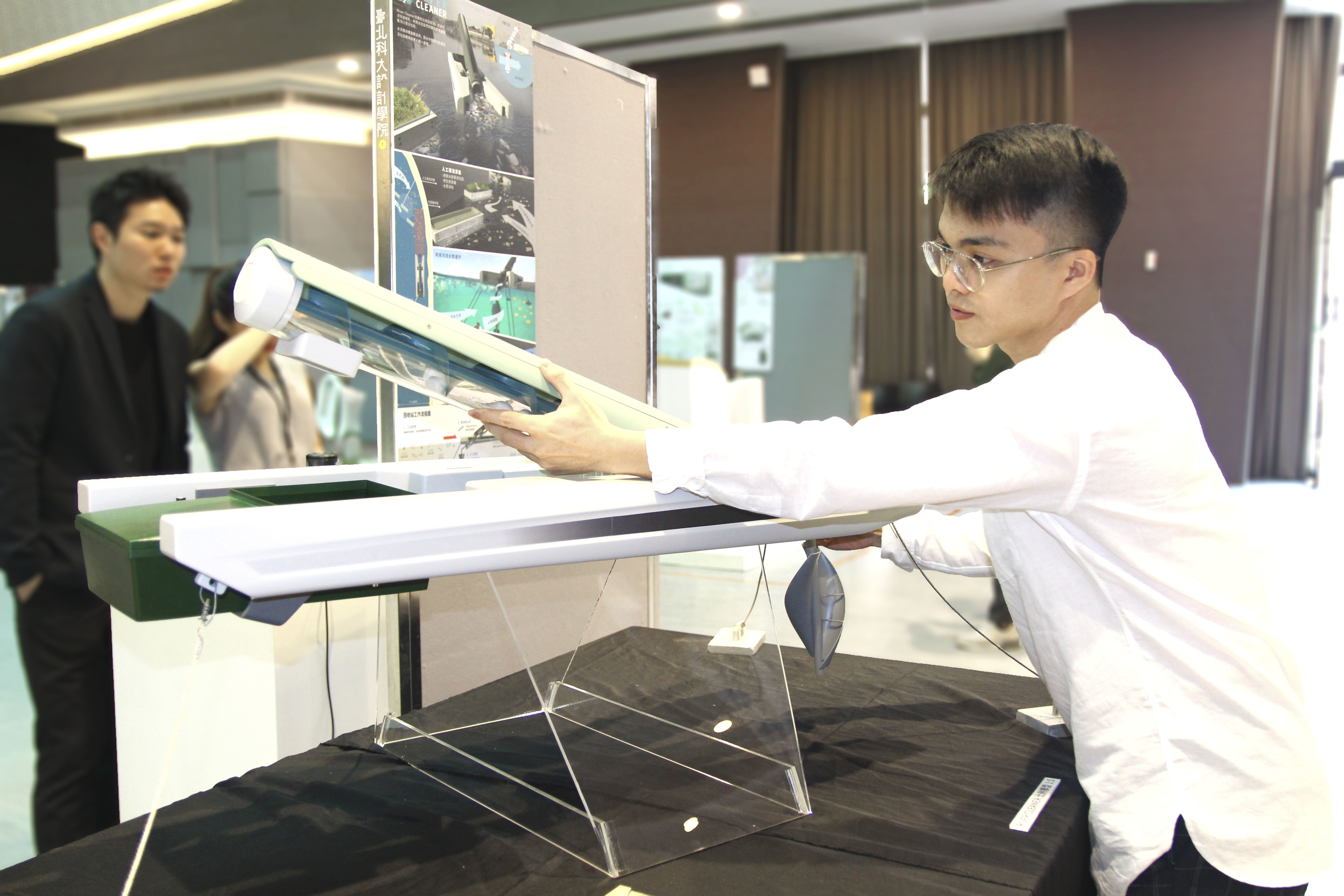 Chen, a Taipei Tech Malaysian student, designed The River Cleaner out of his passion and love for the sea. He is having a great time surfing in Taiwan, except a large amount of the trash in the sea that hits him hard along with the waves. That motivated him to figure out the solutions to the ocean trash, which, he found out, comes from the rivers, with his designs, and therefore he has The River Cleaner. The River Cleaner is the application of the Archimedes' principle to dredge the floating trash out of the river with low power consumption. Since the ordinary ocean trash prevention relies only on the interception systems, his design can even be regarded as an eco-friendly breakthrough. 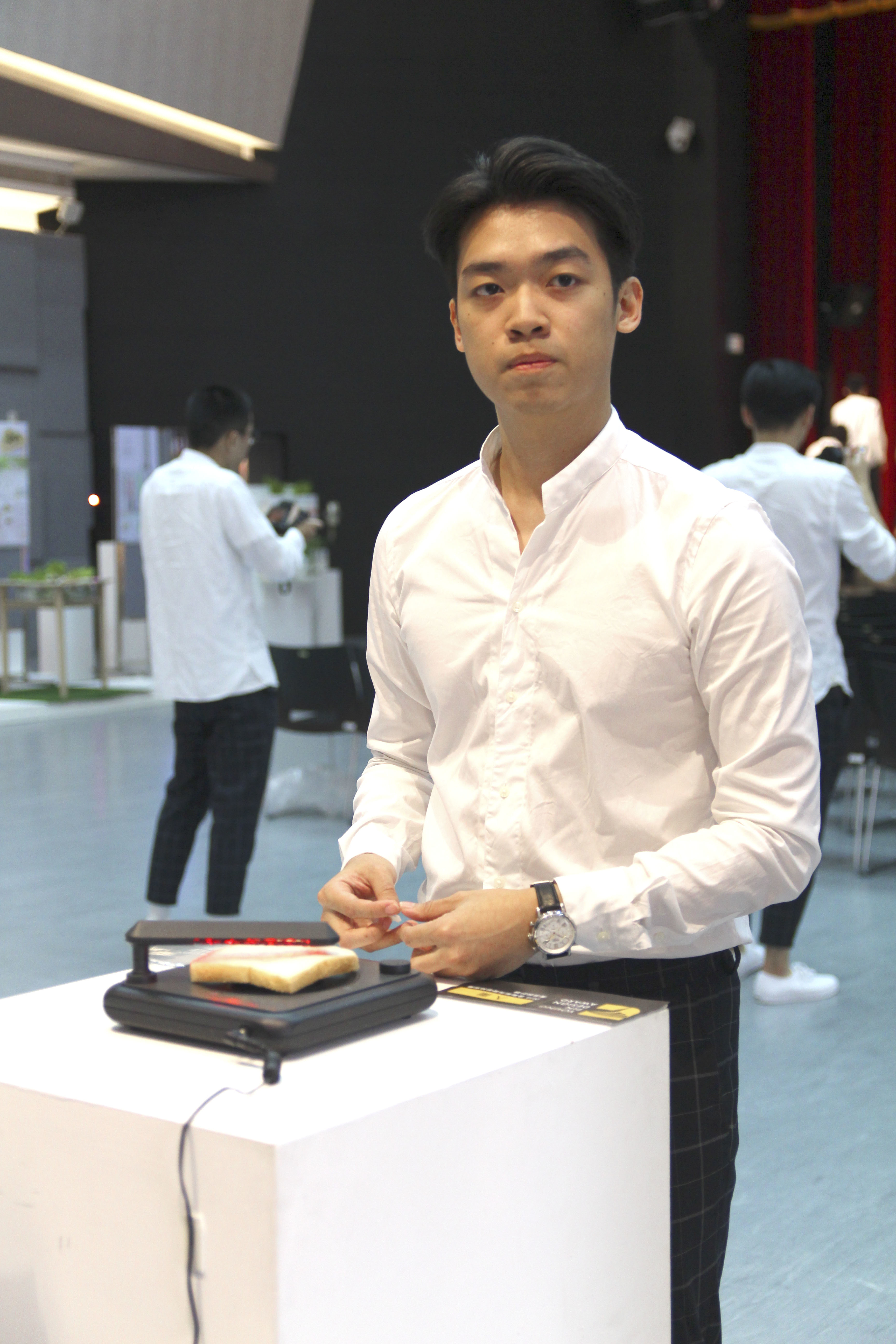 Other designs like The Fan and Chair Symbiosis that can turn into a fan in summer and turn back into a chair in winter. The Toaster Player plays a song or a piece for the user while s/he is waiting for the bread to be done, bringing the user a laid-back morning. The Steel Fence Chair combines the traditional Taiwanese bench and the ubiquitous stainless steel fences equipped at every window of every household in Taiwan.

“The Industrial Design is one of the most long-standing departments in Taipei Tech,” Taipei Tech President Wang said. “They have been the frequent prize winner of the German iF Design Awards and the Red Dot Design Awards, and all these can be attributed to our students, who turn the nuances of their daily life into their inspiration for the designs.”

“These students are endeavoring to bring the dying culture and sunsetting industries back to life, and stress on the concept of the sharing and the sustainable use with their creativities,” he said.