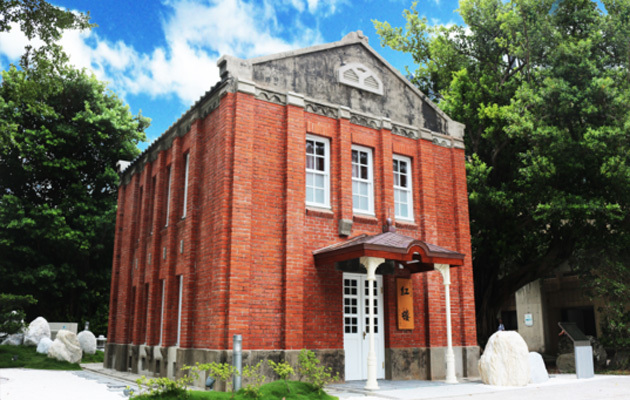 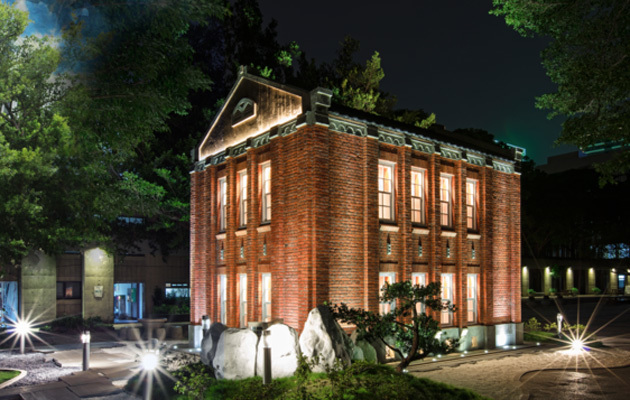 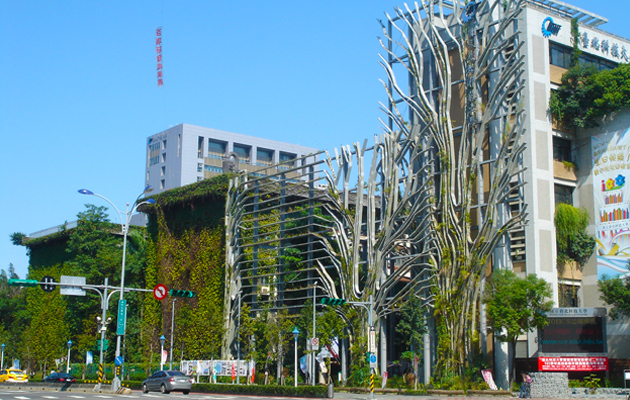 Due to the school’s effort in ecology preservation, Taipei Tech is ranked No. 2 in Asia for the GreenMetric World University. Under the Green Gate, three waterways were established and connected as a flowing river system that becomes an independent ecology homed to various species. Students of Taipei Tech and citizens of Taipei often sit by the waterways under the Green Gate, catching a breath of fresh air and enjoying this lovely green spot full of liveliness in the busy city. 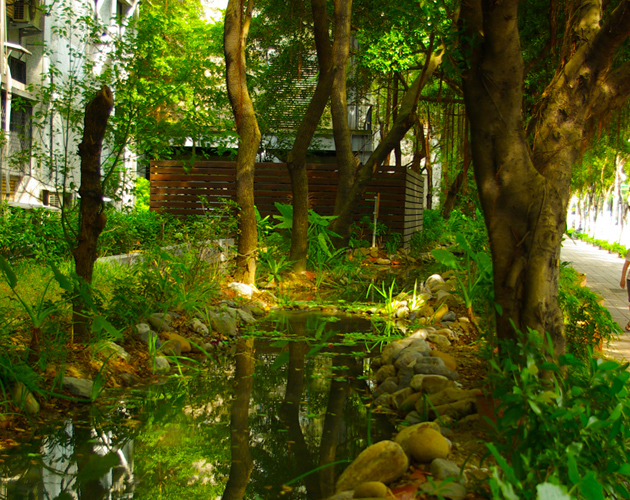 The eco-waterscape, paved with wooden walkways, was established to improve the campus landscape by creating an eco-street which makes symbiosis between human beings and the environment. By utilizing the scarce open space of the city, the project uses plants and elements of water ecology to combine the green campus with the stream of people from the MRT and bus stations. The eco-waterscape walkway generates an entrance to a green eco-city and provides an environment that accommodates diverse species, leisure spaces, green urban landscapes, and humanism qualities. Starting from the Zhongxiao school gate in the east, the river flows through ecological hut, turns to the campus, and pours into the eco-pond. In addition to the main river course, we also set a wetland and a shallow water area, and retain a meadow for different species.

Upon celebrating Taipei Tech’s 100th anniversary, President Yao invites Taipei Tech’s alumnus, Kuo Mao-Lin, famous architect living in Japan, to introduce a memorial park on campus. In collaboration with Japanese KMG Architects, the design of the memorial park contains two piece of art installations, the Time Capsule and the Hundred Years Monument. Symbolizing the Chinese tradition of receiving from the old and passing down to the young, the Time Capsule is made of thick stainless steel that treasures over ten thousand written messages of students, alumni, citizens and faculty members. The interior is vacuumed and filled with high purity nitrogen so as to preserve the messages for eternity. The Hundred Years Monument consists of ten pillars that resemble trees, with each pillar representing ten years, which stands for a common Chinese quote that “it takes ten years to grow a tree; a century to cultivate a talent.” The stature of each pillar varies, symbolizing different phases of Taipei Tech’s century-old history. Other than the ten pillars established, ten other foundations were installed underground in preparation for the future hundred years of glorious development to come. 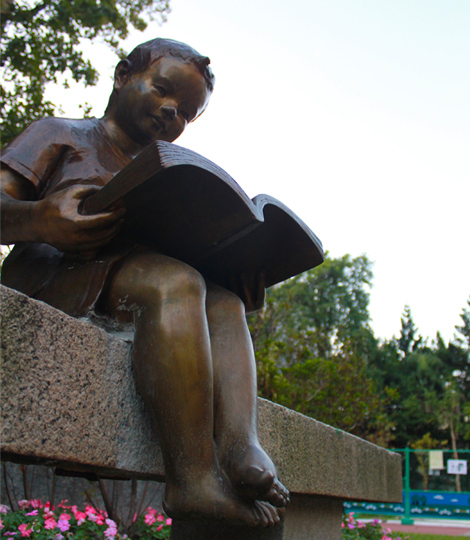 In 2013, two pupils joined the Taipei Tech family. In fact, they are two bronze statues of reading pupils situated on the campus benches near Chiang Kai-shek Memorial Hall. The statues were donated by one of Taipei Tech’s Top 100 outstanding alumni, Hsu Ming-Te from the Department of Mechanical Engineering. The lovely gift of reading pupils symbolizes the alumni’s anticipation and encouragement for young students in Taipei Tech to study hard and value the opportunity to learn. On special occasions like Christmas or Halloween, Taipei Tech students will creatively dress them up, adding a vigorous touch to the statues. 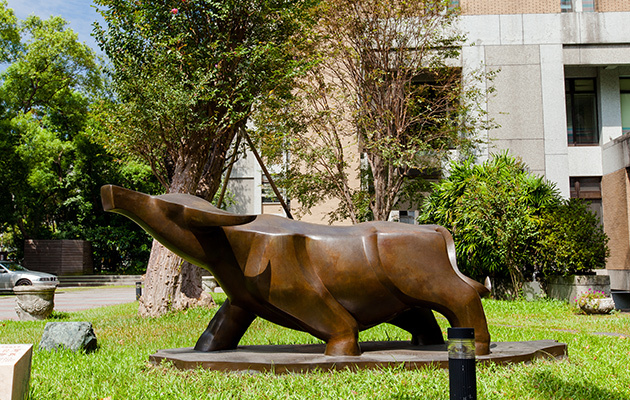 In 2015, the Taiwan Water Buffalo entered Taipei Tech and was set on the lawn next to the Art and Culture Center. Designed by an artist, Xiu-qi Wang, the simple yet vivid look of the Taiwan Water Buffalo has a subheading written underneath “Richly cultivating Taiwan while reaching out to the world.” The bronze statue which stood on Taiwan was donated by one of Taipei Tech’s Top 100 outstanding alumni, Hsu Ming-Te, from the Department of Mechanical Engineering. Its image reminds our teachers and students of their homeland and encourages them to also think globally. 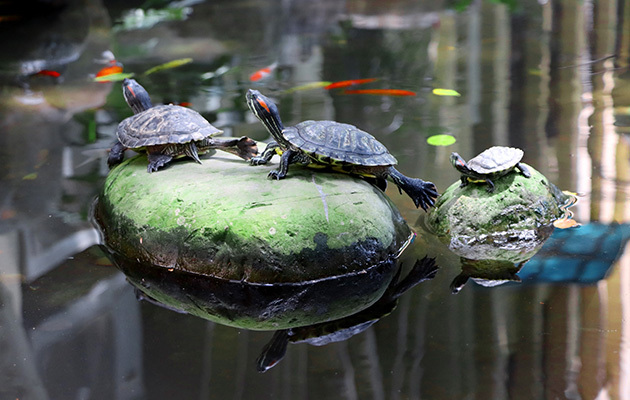 There are several landscaping projects and structures on the campus that are designed to allow plants and creatures to strive on the Taipei Tech campus such as the eco pond located behind the Second Academic Building. 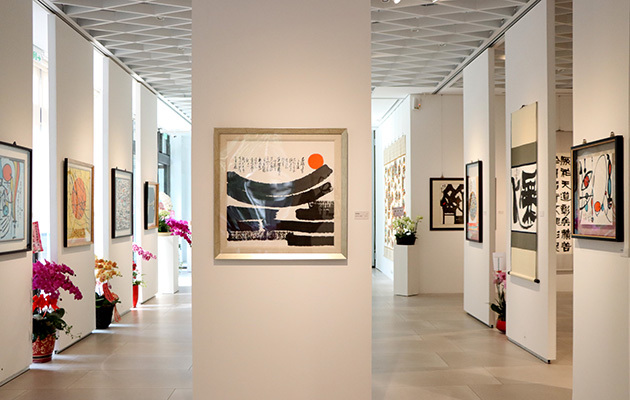 The Taipei Tech Arts and Cultural Center regularly hosts all kinds of events and exhibitions, including concerts, student graduation shows, and curated exhibitions that demonstrate the best of Taiwanese artistry.